Hit enter to search or ESC to close
Featured 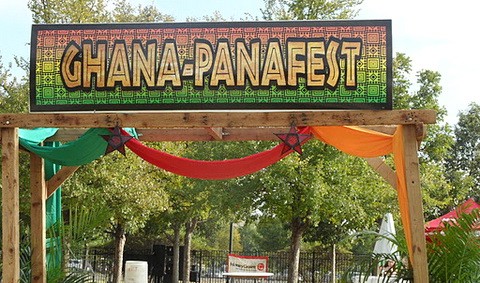 ADT will continue to support the concept of PANAFEST in 2019 by taking a tour group to Ghana to join in on celebrations.

While the Trans-Atlantic Slave Trade had been in operation since the early 1500s, the first documented arrival of enslaved Africans to the fledgling English colonial America was in 1619. 2019 therefore marks 400 years since this documented and symbolic moment in the long history of African enslavement and subjugation for the building of what is now known as the United States of America. PANAFEST 2019 is being organized as a platform to commemorate the tremendous contributions of Africans to the prosperity of England and other Colonisers of the period and more importantly, to examine the impact of this lengthy period of servitude on Africa and its peoples throughout the world. However, of what worth is the toil and endurance of Africans over the centuries unless we can reach out to each other across the continents and beyond 400 years into a self-directed future?

Through a rich array of artistic and cultural expression as well as searching dialogue, the unspoken and unspeakable can be expressed, insights gained, essential awareness raised and pathways conceived. The festival is expected to bring communities of Africans together in the spirit of re-uniting the African Family beyond the distance and time.

What is pan Africanism?

And Why did Ghana start Panafest in the first place?

Pan Africanism is a concept, theory and Practice that has no definite definition. In simple terms, it evokes different emotional and practical response from blacks all over the world. It is manifest African reaction to centuries of slavery, domination, exploitation and humiliation by white slave raiders and dealers; to European colonial and neo-colonial dominance of Africa. As a potent ideal it encompasses and embraces the economic, cultural, social, racial and political aspects of African life. The concept originated from Africans in the America and the West Indies and later engulfed the whole of the continent.

The ultimate aim of Pan-Africanism is the establishment of a Pan-African commonwealth. In other words, it seeks to build a United States of Africa an idea Dr. Kwame Nkrumah laboured tirelessly for but didn’t achieve because of disagreements with other contemporary African leaders like Felix Houphout – Boigny of cote D’ivore. Historically a West Indian barrister, Henry Sylvester-Williams took the lead to concretise the pan-African movement by organizing a Pan-African conference in London on 1900. It was attended by Dr. W E B. Du Bois who later convened the first Pan-Africanism Conference in 1919 to call attention to, and support for, oppressed Africans on the continent and in the Black Diaspora. Between 1900 and 1920, Chief Alfred Sam and Marcus Garvey separately tried to get blacks all over the world together with the ideas of “Back to Africa”, and “Africa for Africans” at home and abroad. Garvey actually started a cultural economic, political and religious revolution with his organization named United Negro Improvement Association (UNIA). Nine years after its formation, UNIA could boast a registered membership of six million blacks all over the world, with 500 branches in the United States of America. Visionary Garvey also established the ill-fated Black star linear shipping Company.

Nkrumah, in his autobiography, confessed that he got his inspiration on Pan Africanism from Garvey. After the fourth Pan-African congress in 1927, the event was held in 1945 in Manchester, England. It brought together nationalist like Nkrumah, Jomo Kenyatta, Julius Nyerere and Nnamdi Azikiwe. The declaration at this congress was militant and nationalistic. Thus after this conference, the various nationalist movements intensified their liberation struggles, leading to Ghana’s independence on March 6, 1957.

Thereafter, the leadership mantle of the pan-African Movement automatically fell on the shoulders of Nkrumah and Ghana. Nkrumah underlined this leadership role on the eve of Ghana’s independence with his famous and oft-quoted clarion call: the independence of Ghana is meaningless unless it is linked with the total liberation of Africa. He immediately gave practical meaning to the declaration by hosting two All-Africa Conferences in April and December of 1958, with the first bringing the newly independent nations together.

The second conference re-ignited the flames of freedom in Africa, as representatives of ordinary people, workers and freedom fighters from 28 colonial territories were present.

“We welcome into our midst peoples of all other races, other nations, other communities who desire to live among us in peace and equality. But they must respect us and our rights, our rights as the majority to rule. That as our western friends have taught us to understand it, is the essence of democracy”, Osagyfo Kwame Nkrumah told the conferees. Ghana became the Mecca of Pan-Africanist and freedom fighters. Though the aims of Pan-Africanism and its ideology were not seriously pursued by many African countries after the attainment of independence, the organization of African Unity (OAU) was finally formed in May 25th, 1963 at Addis Ababa, Ethiopia – the uncolonized, spiritual home of blacks – after personal, factional and ideological wrangling and rumblings among the new African leaders. Although the OAU co-ordinates the integration of African countries and convenes summits of heads of states and ministers annually; and the last vestige of colonialism and racism, Apartheid, has been dismantled in South Africa , Pan-Africanism remains pertinent.

their words, works, writings, beliefs, research and music. Now, Pan-Africanism means more than the early conceptual and practical manifestations and protestations. In the new millennium the pan-African paradigm must pivot around the total harmonious development of Africa and her people the world over. A qualitative advance in science and technology (IT), economics and finance, politics and commerce, and agriculture and rural development must be the chief goal of the 21st century Pan-Africanism and this is what it is purposely pursuing.

The Elmina and Cape Coast slave castles (Dungeons) have been used for some of the activities of Panafest since its inception. The Elmina was built in 1482 and it is the site of the first European landing on Black African soil. Cape Coast castle was built in 1650 by the Swedes and it became a transit camp haulage of blacks by whites to slave in the plantations.

Ghana has a glorious history, an inimitable heritage, and lasting monuments that put her at the helm of Pan-Africanism in Africa. Firstly she boasts of being the first sub-Saharan African Nation to attain political independence. Secondly the Nkrumah factor played a significant part in consolidating Ghana as a leading light in Pan-Africanism. Thirdly, two prominent Pan-Africanists, Dr DuBois and Padmore, lived, worked, died and were buried in Ghana. Fourthly, the Nkrumah Mausoleum, DuBois centre and Padmore African research Library are monuments that place her at the centre of Pan Africanism. Also the forts and castle with their slave dungeons serve as a reminder of how the African family was disunited and dispersed through the holocaust of slavery perpetrated by Europeans for over 400 years.