My Ugandan Adventure at the Source of the Nile in Jinja 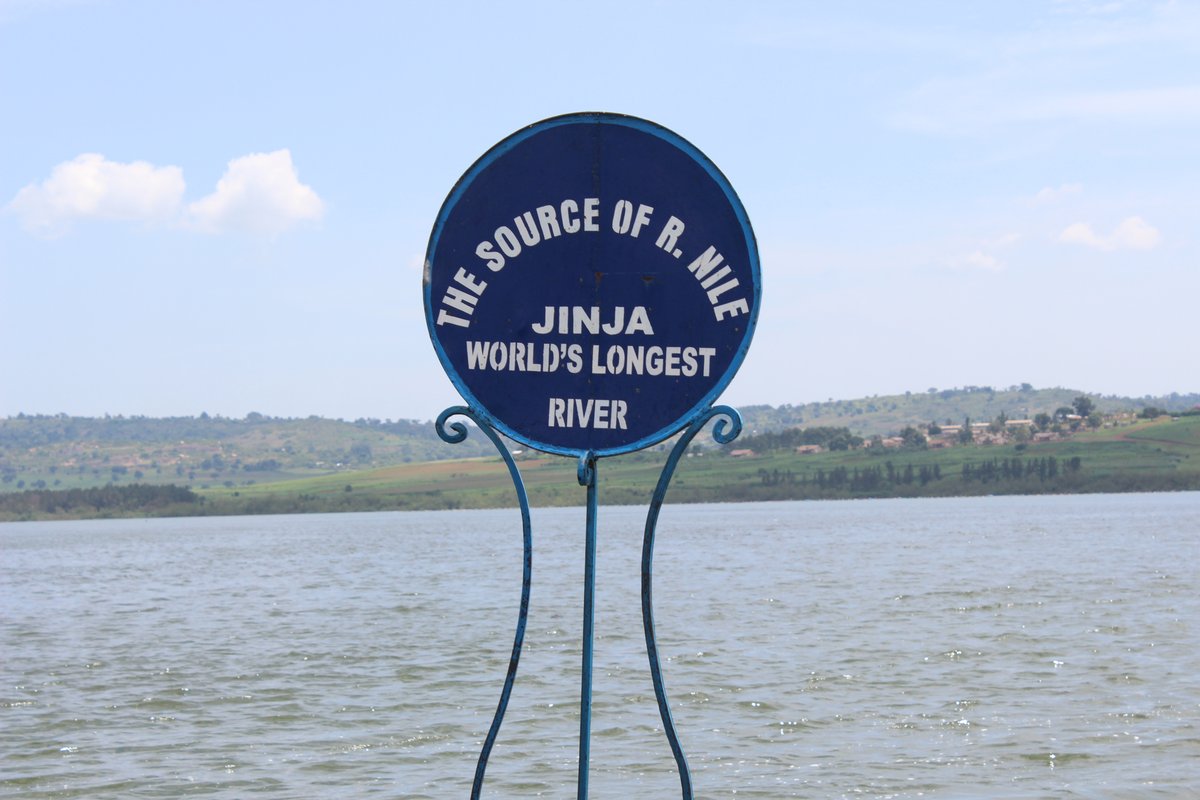 The tour group that I visited Uganda with ventured to Jinja, a town on the Northern shores of Lake Victoria only about a fifty mile road drive from the capital city of Kampala where we were staying.  We were headed to Jinja to visit the Source of the River Nile, the longest river in Africa. I was so excited to go because I had always associated the River Nile with the Holy Bible.  So I also expected this to be a spiritual adventure because of its biblical implications.

Jinja is internationally known for being the home of the Source of the Nile River, the place where the Nile starts according to the findings of John Speke, the first European Explorer who is credited with discovering it. Located just a few meters from Lake Victoria, the source is an area where thirty per cent of the water comes from underground. With bubbles at this spot indicating that there is water coming from deep below, here is where the Nile starts and increases its intensely as it flows vigorously over rocks and gorges. On the banks of the Nile is the Speke Monument that is built on the spot where the explorer first stood when he discovered the source.

Declared one of the 7 Natural Wonders of Africa, the River Nile is about 6696km long and pours its water into over nine countries. Although it is mostly centered to Uganda and Egypt, this world famous river also runs through Sudan, Burundi, Rwanda, Kenya, Tanzania, Zair and Ethiopia. The Nile has contributed a lot to the modernization of Uganda and the livelihood of the people. As a source of energy, it provides power and its dam gives electricity to the country.

The ride to Jinja was very pleasant. Because the Eastern District region is one of multiculturalism, it was enchanting watching diverse communities of people going about their routines. Along the roads we also saw sugar and the tea estates that have become tourist attractions.  In the areas surrounding Jinja are mini-markets and craft shops, where community groups make baskets, crafts and other Ugandan souvenirs. Because agriculture thrives on the fertile soils around Jinja, there were many markets along the roads where you can get fresh produce.

When we arrived at the banks of the River Nile, we were greeted by Uganda’s top tourism officials including the Minister of Tourism Dr. Maria Mutagamba, Tourism CEO Stephen Asimwe and ATA Uganda Chapter President Ms. Susan Muhwezi. Permanent Representative of the African Union Mission to the USA H.E. Amina S. Ali was also in attendance. Some VIPs from the United States including Liberia’s Consul General Cynthia Blandford and Hartsfield-Jackson Atlanta Int. Airport Director of Public Affairs Myrna White were on hand. The Uganda officials gave opening remarks and welcomed us to Jinja and the River Nile.

We then participated in a tree planting ceremony before we boarded for our cruise down the River Nile. We planted different kinds of trees on the banks of the Nile. The tree that each of us planted was named after us. Our names would be placed beside the tree as a part of the dedication ceremony. When you go to the River Nile, look for my tree with the name “Kitty” beside it. I certainly will look for mine and some of the others when I go back to Uganda.

After the tree planting ceremony, we were ready for our cruise on the Nile. We were cruising down Nile River to have lunch at Jinja Sailing Club, a neat, swanky restaurant on the banks overlooking the Nile. Before boarding took pictures at a small monument where a bronze bust of Mahatma Gandhi is erected. The monument and a small memorial garden is there because some of Gandhi’s ashes are said to have been scattered here at the Nile River. Besides this monument, there craft shops with all type souvenirs along the banks. We also got to witness a boat race on the Nile while we were waiting to board. Getting ready to board for the cruise had become an adventure in itself.

My excitement heightened as we prepared to set sail down this legendary river.  We started down the first stretch of the Nile’s whitewater which was rather calm. The waters of the Nile became more raging as we continued our cruise. The beautiful sceneries along the way were breathtaking where we observed lush vegetation, greenery and fauna. The popular Bujagali Falls is located on the Nile River. The sight of the raging Nile waters shimmering through the lush vegetation and the waterfalls as a backdrop was very exhilarating.

Cruising the Nile, I saw many areas where you could do picnics, camp or bird watch. Bujagali Falls offer great opportunities for watching birds particularly the weaver birds. I got a glimpse of serene beaches that seemed undisturbed by tourist as well as a beautiful golf course.

We arrived at the

Jinja Sailing Club where we enjoyed a superb lunch that included fresh fish and a buffet of all types of vegetables, fruits and beef. I also got to sample matoke, a special type of banana covered with ground peanut sauce which is a staple dish in Uganda. There was also Posho, finely ground corn served with soup that is another popular dish. Afterwards we boarded our vans for the short drive back to Kampala. For me this was a day well-spent because I’ve always wanted to do the River Nile which proved to live up to my fantasies about it.

There are so many adventurous activities to do on the River Nile. In addition to boating and cruising, people go to enjoy all types of water sports from rafting to tubing to kayaking. You can walk nature trails along the banks, go horseback riding or do the ATV Quad bikes for some real driving adventure. If you have the nerve, there is bungee jumping. And of course, you can get in  some fishing. In fact Jinja was once a fishing village in the early days. Today there is the Masese Fish Factory that many tourists like to visit. When visiting Uganda, a trip to Jinga is something you must include because the River Nile is vacationer’s paradise in itself.

There is much to do in Jinja besides the adventure activities on the Nile. There are cultural sites and agricultural industries that you can visit in the District of Jinja. Historic sites include the palace of the Busoga Kings at Nakabango, Bujjagali Ancestral Cultural Site and Mpumudde Hill, the historical place where the chiefs of Busoga used to assemble. Many tourists like to check out some of the industries here like Kakira Sugar Works, Jinja Grain Millers, Garden Tea Industries and Jinja Steel Rolling Mills. These facilities are worth touring if you want to really learn about life in Jinja.

When visiting Jinja, you can also stay right here in the town. You do not have to go back to Kampala as we did because Jinja has a wide range of resorts, hotels and also guest houses. Also be sure to check out some of the great restaurants and coffee shops around town. You can also get in a little shopping at the stores and markets where you can find whatever items you need. Jinja also boasts of a

vibrant and robust nightlife for entertainment. The Nile Special, tooted as the best beer in East Africa, is produced in Jinja where the brewery is situated right at the Source of the Nile. With so much to do in Jinja, it is no wonder that this town ranks next to the Ugandan capital city of Kampala in terms of commercial activity.

For more information on Jinja and visiting Uganda, go to www.VisitUganda.com.