From Slavery to Exclusion: Perceptions of African Identity in the Dominican Republic and Brazil 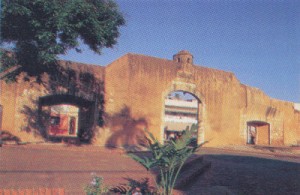 During the summer months, it is not hard to find commercials encouraging Americans to leave their ordinary routine for the beauty and lure of Latin America. While these commercials gave me the impression of smiling faces, lush beaches, and exotic peoples, the reality that I found is that they often hide the bias against people of color. The Dominican Republic (DR) and Brazil are two countries where this false ideal paradise is present. Even though both nations boast of mixed populations of European, Indigenous, and African descent, people of obvious African ancestry, the majority of both populations, are discriminated against based on their darker skin color. My research investigates the formation of perceptions of African identity in the DR and Brazil and reasons behind the rejection of this part of their ancestry.

In order to understand Dominican and Brazilian concept of  “race,‟ the US concept of race must be set aside. In the US, race is centered on the “one drop rule,‟ a rule during slavery and post-slavery society that designated a person with any African ancestry as black. Hence, a person who has one black great grandparent and all other white relatives would be considered black under the law. In contrast, the DR and Brazil are societies built on colorism, in which a person is classified based on the shade of their skin color and not their ancestry. Thus a person with an African and European background and a light complexion could be classified as white.

The difference in the concept of race between the US and both Brazil and the DR is found in colonization. In the US, Britons colonized North America with the influx of British and European immigrants and African slave labor. Though interracial relationships were strictly prohibited, in the instances when such relationships did occur, the resulting offspring were slaves and considered second class citizens. However in the DR and Brazil, unlike the US, high levels of interracial relationships occurred between European masters and African slaves, producing a mixed population1.Also, the offspring of these mixed relationships were not shunned or given second class citizenship; instead they were accepted as full members of their societies. As a result, both countries have mixed populations of European, Indigenous, and African descent. Despite their similar histories, African identity is regarded differently in both countries. 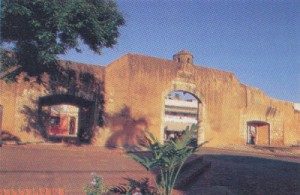 According to Silvio Torres-Saillant, a leading Dominican studies scholar, “Blacks and mulattoes make up nearly 90% of the contemporary Dominican population; Yet no other country in the hemisphere exhibits greater indeterminacy regarding the population‟s sense of racial identity.” The Dominican Republic was the first port of entry of slaves in the Americas, and the site of the first slave revolt in the Americas. Although Dominicans have this historical African heritage, it is denied and neglected in contemporary Dominican society. For example, in text books and museums, Spanish and Indigenous lineages are praised for their contributions to Dominican society while African identities are given little to no space. This lack of public space for African ancestries manifests itself in Dominican racial identity.

Dominican identity is built on three principles. The first is Hispanidad or Hispanicity, an appreciation of Spanish culture, Catholicism, and whiteness. The second principle is the appreciation of the indigenous Taíno culture and people within Dominican identity. After the Spanish arrived on the island in 1492, the native Arawark population, the Taínos, were decimated by Spanish diseases and the slave labor system, leaving only Spanish settlers and African slaves2. Contrary to this history, Dominicans assert that they are mostly of Indian and European ancestries only. “Blacks and mulattoes make up nearly 90% of the contemporary Dominican population. Yet no other country in the hemisphere exhibits greater indeterminacy regarding the population’s sense of racial identity.”

According to Frank Moyans, preference for use of Indio or Indian as a racial category has enabled Dominicans to avoid being black. “By calling themselves Indians, Dominicans have been able to provisionally resolve the profound drama that filled most of their history: that of being a colored nation ruled by a quasi-white elite that did not want to accept the reality of its color and history of its race. Somehow Dominicans assimilated the romantic discourse of the “indigenista” writers of the 19th century, and found it instrumental in accommodating their racial self-perception to the prejudices of the elite, by accepting their “color” while denying their “race”3.

The final component of Dominican identity is the concept of not being Haitian. Haiti was the first black republic in the Americas. When Haiti invaded the DR from 1822-1844, it established rule for 22 years, fostering resentment among Dominicans. Dominicans defiantly fought to topple Haitian rule, and as a newly independent nation, the DR sought to distinguish itself from its „black‟ neighbor4. Building on these feelings towards Haitians, Dominican leaders such as Trujillo, distanced the DR from Haiti by establishing anti-Haitian rhetoric, which negatively painted Haiti as the poor, black, ugly neighbor. Being Haitian is equated to being black, therefore Dominicans have been indoctrinated not see themselves as black. 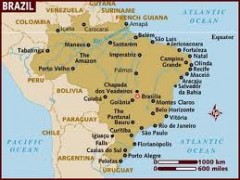 As a result of Brazil‟s appreciation for its African ancestry, it is no surprise to find that Brazilian racial identity differs from that of the DR. The foundation of Brazilian identity is not grounded in rejection of other nationalities or the denial of African ancestry; instead, it is built upon the acceptance of all races, commonly known as racial democracy theory. Gilberto Freyre, a Brazilian sociologist and creator of the racial democracy theory, argues “in Brazil no ethnic minority or majority really exercises an absolute, systematic, and permanent cultural and social domination over politically or economically less active elements of the population5.” Freyre and most Brazilians believe that all races are accepted as equals in Brazilian society. While the validity of the racial democracy theory has been and continues to be debated by scholars, Brazilians of every shade appear to be more accepting of each than Dominicans are.

This acceptance, however, does not mask the disproportionate level of poverty and incarceration that darker Brazilians experience in comparison to their lighter counterparts. Many explain the high number of poor blacks as a function of their class and lack of education and not as a function of race, blaming classicism for this economic divide. While experts dispute between classism and colorism as the culprit of this poverty, both keep Brazil from achieving a true racial democracy.

In conclusion, the DR and Brazil share similar ethnic pasts; European, Indigenous, and African peoples produced mixed societies. However, the identity of their most numerous ancestors, African slaves, is regarded differently in both countries; Dominicans deny their African heritage while Brazilians embrace it to a greater extent. To truly escape the legacy of slavery, both countries need to move from exclusion to acceptance.