Following is a list of destinations with significant black heritage trails that have already been put in place or are being put in place. These destinations are among the most important in regards to the history of the slave trade, contributions of people of African descent and African Diaspora Tourism in general. Please consider these when planning your culture and heritage vacations. We will continue to update and bring you more information about these must-visit culture and heritage destinations. 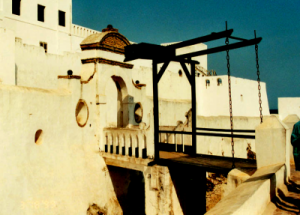 Alabama-Follow the footsteps of the civil rights pioneers – from Birmingham to Greensboro, Selma, Montgomery and Tuskegee – who triumphed in the struggle for racial equality in America. Black heritage abounds in these cities. To learn more, visit www.alabama.com

Bahamas – As a black cultural tourism destination, the Bahamas has much to offer because African heritage is very much ingrained throughout the islands. The black heritage trail sites in Nassau and some of the islands convey the rich, diverse history of the peoples of the African Diaspora through artistic expressions, written and oral stories, landmarks, monuments and artifacts. To learn more visit www.bahamas.com.

Bermuda– his paradise island is where the African Diaspora Heritage Trails project was re-ignited. Bermuda’s black heritage trail includes aspects of the history, customs, culture and experiences of slaves and their descents and some have been officially designated by United Nations Educational, Scientific and Cultural Organization (UNESCO) as part of the Slave Route Project.  To learn more, visit www.bermudatourism.com

Boston– The black heritage trail in this city consists of 14 sites including an exploration of the history of the 19th century free Black community here. The Boston African American National Historic Site is also comprised of the largest area of pre-Civil War black owned structures in the U.S.  To learn more, visit   www.afroammuseum.org/trail.htm

Brazil – Brazil has the largest black population outside of Africa. The largest concentration of Afro-Brazilians is in the state of Bahia where over 73% of the people are of African heritage.  Black Brazilians are, for the most part, descendants of Africans purchased in Africa and sold in Brazil as slaves by the Portuguese.   For more information visit www.slavevoyages.org

Costa Rica–  In the late 1800’s workers with African roots first came to Costa Rica from Jamaica and other Caribbean islands to build the railroad and work on the emerging banana plantations. Today the African and Afro-Caribbean influence is blended into almost every aspect of Costa Rican heritage and culture. For more information, visit  www.costaricatoursltd.com/BlackHeritage.htm.

Cuba – One of the first colonies to receive African slaves between the late 16th and early 17th century, UNESCO’s 2001 Inventory of the Slave Route in Cuba has been an important step in the identification and protection of this legacy. To date, 775 properties have been catalogued, 16 of which are National Monuments, and at least three are exceptional representations as World Heritage sites. For more information, visit www.lacult.org.

Florida – Many important black historic sites and markers can be found in every region of the entire state of Florida.  People of African descent have made significant contributions to the development of Florida from the earliest settlement in St. Augustine to the present day influences on the state’s culture and heritage. To learn more visit www.flheritage.com/services/trails/bht/.

Ghana- The first black African country to obtain independence from colonial rule, here is where you will find many historic sites and phenomenon related to the trans-Atlantic slave trade throughout the country, including old forts and castles, and the “door of no return.”  Today Accra, its capital is one of the wealthiest and most modern cities on the continent.  For more information, visit www.ghana-net.com.

Guinea, Africa- The first country to rebuild historic sites in the slave route as a part of UNESCO’s historic “Slave Route” project, here is where you will can visit the  Boké  village where there is a former slave fort that is now an historic tourist site and museum. Guinea is renowned for its artistic and cultural diversity exemplified by songs, dances and traditions. Conakry its capital city is a bustling port city on the Atlantic Ocean. For more information, visit www.westafricadiscovery.co.uk.

James Island (Gambia, Africa) Located in the Gambia River, the island is listed as a UNESCO World Heritage Site.  Slaves were held here before they were shipped to other West African ports for sale. A slave dungeon where slaves were sent for punishment still remains intact. Kunta Kente, author Alex Haley’s Mandingo ancestor, was probably shipped from here. Visit whc.unesco.org/en/list/761.

Liverpool, England –  The African slave trade contributed to the greatest period of economic wealth from the mid-eighteenth to mid-nineteenth century for England.  While the trans-Atlantic slave trade is a part of the city’s history, much of the strength of Liverpool today is derived from its cultural diversity, including the contributions of people of African descent. For more information, visit www.visitliverpool.com/blackheritage. 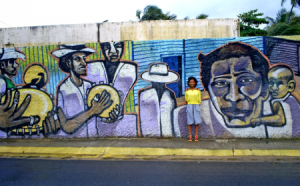 Loíza, Puerto Rico- Loiza is a city just east of San Juan, touching the Atlantic Ocean. During colonial times, Loíza began to harbor escaped slaves not only from Puerto Rico but from all over the Caribbean. Because of this population, Loíza today is considered the center of African-derived culture in the island. The Loíza area served as a settlement for the Nigerian peoples originally brought in as slaves by the Spaniards. Their contribution to Puerto Rican culture is undeniable, introducing diverse elements such as their songs and dances, their crafts and foods, and even their Yoruba religion, from which various “New World” religions sprang.

Louisiana – For centuries, blacks in Louisiana have helped to change the world with their ideas and contributions. Not too long ago, Louisiana Lt. Gov. Mitch Landrieu added seven new black heritage sites for a total of 33, and also launched a new Web site to highlight all of these found throughout the state. For more information, please visit www.astorylikenoother.com.

Martha’s Vineyard -The African American Heritage Trail of Martha¹s Vineyard is comprised of 22 sites with descriptive plaques about the experiences and contributions of African-American people to the history of the island. An on-going historical project, the sites include Chappaquiddick Island, Oaks Bluffs, Inkwell Beach and other places all over Martha’s Vineyard.  For more information, visit www.mvheritagetrail.org.

Nova Scotia, Canada – Records of Africans coming to Nova Scotia date back to the 1600’s. Blacks have come as enslaved people who gained their freedom and free people who fought to retain their status. The rich contributions of the African descendants are ingrained on every level of Nova Scotia society. For more information, visit www.destinationliberty.org 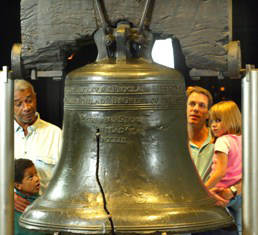 Paris – The vibrant legacy Africans and African-Americans has influenced many events throughout French history.  In Paris, you can retrace the steps taken by such famous African-Americans as Josephine Baker, Richard Wright, James Baldwin and Langston Hughes. To learn more about black culture and heritage in the City of Lights,  visit  www.discoverparis.net/african_americans.html.

Philadelphia – The birthplace of US independence is where free blacks first joined forces with abolitionists to lead the world in anti-slavery activities. The Liberty Bell, the most popular tourist attraction in the city, was originally a symbol for the abolishment of slavery.  Philadelphia is where slaves sought freedom on the Underground Railroad. It is still a national center for black culture and heritage.  To learn more, visit www.visitphilly.com

Richmond– Once the capital of the confederacy, the city is at the forefront of making amends for slavery in the US.  The slave trail here is one of the most important in the country. Richmond is in the process of reconstructing the slave trail and a multimillion dollar black heritage museum project.  To learn more, visit www.blackhistorymuseum.org/walking.htm  or www.aaheritageva.org. 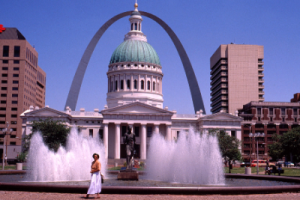 St. Louis–  From the Gateway Arch, the city’s signature attraction, to the Old Courthouse, scene of the Dred Scott Decision, thriving St. Louis is continuously showing off the contributions of African Americans.  Since early accounts in 1719 of free Blacks living among the Indians through the end of the nineteenth century, blacks have played a part in the development of this great city.  For more information, visit www.explorestlouis.com/visitors/multicultural.asp

Tanzania–  The Ivory and Slave Route is  a trail of  sites, towns, and road markers retracing the Arab Slave Trade in Tanzania and East Africa where more than five million Africans were captured, enslaved, and shipped to the Middle East, India, Asia, and also some to the West.  The Tanzanian government has submitted the Ivory and Slave Route to UNESCO for inclusion on the  list of world heritage sites. For more information, visit whc.unesco.org/en/tentativelists/2095/.