Hit enter to search or ESC to close
Uncategorized

As the August 26-28 date for the 2016 African Diaspora World Tourism Awards and Travel Expo approaches, plans have been made to include a “Royal Procession” as a part of the week-end events. This will be a presentation of African Kings and Queens and maybe even Prince and Princesses. The Royal Procession Presentation will be one of the main highlights of the ADWT-Awards event that will serve as an introductory campaign of African Royalties to the African Diaspora. 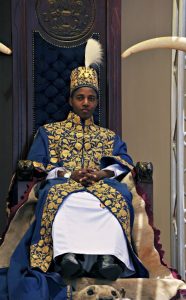 Royalty set to attend the awards ceremony is His Excellency King Oyo Nyimba Kabamba Iguru Rukidi IV, ruler of the Toro Kingdom of Uganda. King Oyo made history when he was crowned king at 3 years old, earning him a place in the Guinness Book of World Records as the youngest reigning monarch. The young king’s ascension to the throne marked the beginning of a challenging as well as an exciting period for the people of the Toro Kingdom. To ensure his smooth maturation into his role as cultural leader of his people, King Oyo was placed under the guardianship of several leaders that included H.E. Yoweri Museveni, President of Uganda; Prince James Mugenyi, his paternal uncle and other kings.

Kitty J. Pope, founder and director of ADWT-Awards says that King Oyo’s attendance marks an exciting, monumental and historical time in cultural heritage for the African Diaspora. “People of African descent living outside of Africa need to see that we have kings and royalty in our culture,” she says. While we respect and adore Will and Kate, and Queen Elizabeth, along with the rest of the world, black people need to see Kings and Queens that look like us,” says Pope. “It is a part of our cultural heritage. This awards ceremony is an excellent opportunity to educate and bring awareness about own Royal figures to the people of the African Diaspora.” 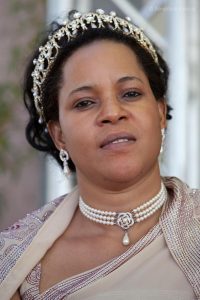 Queen of the Toro Kingdom and Mother of King Oyo, who is now in his 20’s and ruling over about 2 million people. Queen Best first visited Atlanta in 2015 where she did a presentation for a group of cultural heritage professionals about the African Queen and Women Cultural Leaders Network (AQWCLN), an organization where she is a founding leader and now current president. Launched by Uganda’s President Museveni, AQWCLN is about bringing together African Queens and women cultural leaders to leverage children and women empowerment at grass roots levels. Queen Best, who serves as an international chair for the ADWT-Awards event, says that she is delighted to return to Atlanta to participate in the Royal Procession Presentation.

“We are also expecting Royaly from other African countries to be in attendance. We are so excited about these Royal figures attending as this will indeed make this awards ceremony a shining event at its finest. We are finalizing a list of other Royal African leaders hoping to attend,” says Pope. “Having Royalty in attendance will make this year’s award ceremony very monumental, which I believe is also a “psychological boost” for the African Diaspora.”