Although Baptise is recognized with memorabilia in many parts of the Chicago, few people know of his story and his recognized status as the founder and father of Chicago.

There is no known record of Point du Sable’s life prior to the 1770s but historians say Du Sable was born in St. Marc, Santa Domingo (eastern Haiti) in 1745. It is believed that his mother was an African called Suzanna, an emancipated slave from a region in Africa now within the Congo nation. His father is said to have been a French merchant mariner on a ship called Black Sea Gull.

Point du Sable is believed to have moved to Louisiana Territory, then New Orleans, then St. Louis, all under French colonial rule at the time. Du Sable is said to have established a fur trading post at St. Louis.

Around to Encyclopedia Britannica, Point du Sable first went to the Great Lakes area of North America, settling on the shore of Lake Michigan at the mouth of the Chicago River, with his Potawatomi wife, Kittihawa (Catherine) in the 1770s. 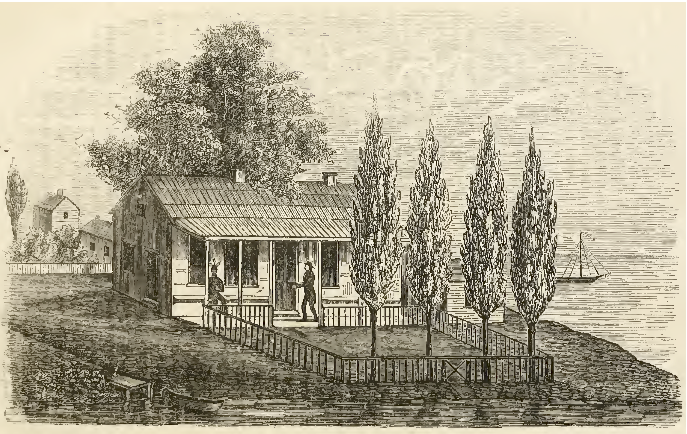 It is believed he then left the area after the British arrested him in 1779 for the defiance of the crown, believing he was spying for America, and took him to Fort Mackinac. There, he managed a trading post called the Pinery on the St. Clair River in present-day Michigan.

Historical records show that by 1790, Du Sable had returned to the mouth of Chicago River where he was active in the region’s fur and grain trade.

In 1800, he sold out and moved to Missouri, where he worked as a farmer and trader until his death.

Although many people had passed through the Chicago area prior to Du Sable, it is his 20-year residence on the shores of Lake Michigan had earned him the title of Father of Chicago.

There is a commemorative bust of him along the Chicago River. The DuSable Museum of African American History and the Jean Baptiste Point DuSable High School are both named in his honor.