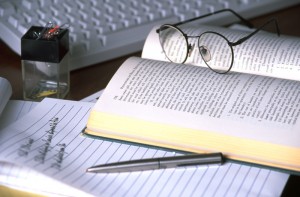 Indeed, so far back do the accounts of travels by Africans reach that scholars today must wrestle with complex textual entanglements having to do with provenance, chains of transmission, translations and re-translations, and editorial emendation and, even then, we cannot be certain just who wrote what and who else had a hand in the packaging of this or that travel narrative composed by an African sometime back in history. Diodorus Siculus, for example, the first-century-B.C. Sicilian historian, who wrote a multi-volume world history (in Greek) that ends with Caesars Gallic Wars, gives us glimpses of traveling Africans going back as far as the 4th century B.C., historical figures mentioned by those much earlier chroniclers from whom Diodorus Siculus borrowed freely. 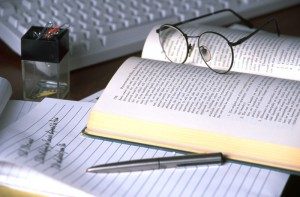 One of my colleagues, Alinda Sumers, has traced meticulously the fortunes of Leo Africanus:  A Geographical History of Africa, a sixteenth-century travel narrative that comes down to us through many hands, a text transformed through the ages by translators and editors to further many successive and competing political agendas. Leo Africanus first traveled across Africa as an adolescent accompanying his father, a merchant and learned ambassador. In his narrative, Leo Africanus precisely describes the peoples, customs, economic practices, architecture, deserts, mountains, flora, fauna, as well as his adventures among the various city kingdoms, but the commentary accompanying the descriptions is of fascinatingly dubious authenticity. I invite you to read Professor Sumers exemplary Renaissance scholars in Black Travel Writing, the collection of scholarly essays and original travel narratives that I edited as a special issue of BMa: The Sonia Sanchez Literary Review (Vol.9: No.1, Fall 2003). This volume is the focal point of my remarks here.

Langston Hughes and Caryl Phillips both did contemporary versions of the eighteenth-century young gentleman’s Grand Tour of Europe, Africa, and the world. Even the grand quadrivium of African American ideologues W. E. B. DuBois, Richard Wright, James Baldwin, and Henry Louis Gates, Jr. packed their bags and embarked upon tours of the world; but it was their travel to Africa that, in each of their cases, reoriented their conceptions of civil society and its bumpy future, as the Senegalese scholar Babacar Baye demonstrates in his analysis (in Black Travel Writing) of their post-Africa writings, where suddenly there appears a far more complex image of race, identity, and the African Diaspora than DuBois, Wright, Baldwin or Gates had before their travel to Africa transformed their romantic notions of self, history, and home. Their African writings are now mostly seen as cultural criticism, manifestos, or political theory not as travel writing per se.

The collection of scholarly essays, Black Travel Writing, also contains present-day assessments of tourism (from a black perspective).  African American travel writer Elaine Lee, author of Go Girl! The Black Woman’s Book of Travel and Adventure (1997), has compiled statistics on black travelers and the burgeoning business of attracting their dollars by gearing the tourism to the interests of this particular clientele through themed cruises to black historical sites and the like. Maureen Stone, the black British author of Black Woman Walking: A Different Experience of World Travel (2002) takes her readers into regions that the tourist services seldom (or never) go; and she conveys an intimate sense of intercultural contact still possible for the adventurous and politically conscious woman walker. Some black travel writers, like Michael Caldwell, write about how American blacks are perceived and pursued as foreigners on other soils and about how young cultures around the world have more in common than many who embark ever imagine beforehand.

The wide array of travel destinations and traveling experiences, authorial purposes, narrative styles, and cultural implications of the writing we bundle into the generic category black travel writing is staggering; yet, the genre, at a minimum, encompasses two meaningful constancies: first, a first-person, non-fictional relation of the experience and significance of travel; and, second, a racially-specific gaze. We might anticipate, therefore, that black travel writing will always represent segments, at least, of the intimate life-writing of black voyagers; but Kenneth Speirs’ essay on what is essentially a travel narrative, The Life and Adventures of Nat Love, a black cowboy, counsels us to respect and to appreciate the personal reticence of travel writers and to that reticence in new and more responsible, scholarly ways.

Nat Love’s book has been deemed not black enough because it is about the movements of a cowboy and not Western enough because it is about the adventures of a former slave who became a successful, middle-class Pullman porter. What hasn’t been recognized is the genre to which this life-and-adventure narrative really belongs and why identifying the code is essential to reading the works message. The Nat Love narrative bears all the signs of travel writing (anecdotal, anthropological, geographical, sociological), but it is travel writing camouflaged for a culturally specific purpose: it is meant to expose the specific ways and local customs of other places to an African American readership, without seeming openly to advocate relocation or insurrection.

From my research I’ve come to the conclusion that black travel writing emerged (and perhaps especially in America) in that sort of way: as an encapsulated form within a variety of brawnier popular genres of writing traders’ chronicles, diaries, emancipatory narratives, newspaper editorials (like Mary Ann Shadd Cary’s Tales of the wild West ), (like Nat Love’s gee-whiz life writing), (like Faith Adiele Michael Caldwell’s and Elliott Hester’s, religious pamphleteering), even fiction (like Toni Morrison’s Paradise), science fiction (like Octavia Butler’s Parable of the Sower), and so on genres that so effectively masked the authenticity of the black travel reports that scholarship has been slow to recognize the full extent and cultural efficacy of black travel writing’s primary purpose: to describe promising destinations (for escape or relocation), to describe the peoples and customs existing elsewhere and do so in a way that could transform a reader’s sense of possibility, both individual and collective, and offer new lives to blacks who remained at the traveler’s point of origin.

That claim is perhaps dangerously broad, but it rests to a large degree on scholarly findings first aired at Howard University in the spring of 2003, at the first international academic conference to focus exclusively on travel writing by blacks around the world and through-out history. Phillis Wheatley, Olaudah Equiano (also known as Gustavus Vassa), and Mary Prince, for instance, traveled widely and reflected on the implications of their movements and observations; but Wheatley’s travel writing looks on the surface more like classically inspired odes to the ocean than anything else, Equiano’s book looks like a straightforward narrative about slavery and the slave trade in the eighteenth-century and the process of manumission, and Mary Prince’s book looks like a subaltern’s ironical reflections on the domestic’s experience of her masters world travels. All the same, they are reflections on various places around the world and about the process of getting (as a black traveler) from geographical point A to geographical point B, and so on.

Black-British scholar Florence Marfo has written a brilliant comparative study of three texts: Beecher Stowe’s Uncle Tom’s Cabin, African American playwright Robert Alexander’s 1996 theatrical take-off on Stowe’s novel (I Ain’t Yo’ Uncle), and Josiah Henson’s emancipatory narrative, which actually informs both Stowe’s and Alexander’s texts. Marfo displays the political agenda of the white author who conceived of and elaborated [Uncle Tom] as a Black figure who would go nowhere: a non-traveling Black in every sense of the term; and Marfo shows how Henson’s text provides readers with an early Black American travel narrative in both literal and figurative terms that exposes the ruses Blacks have often had to execute to travel to the Promised Land of freedom, happiness and opportunity (Marfo 100). Henson’s text, like so many other works by former American and Caribbean slaves, has been seen by scholars as just a slave narrative.

Then, there is the case of Zilpha Elaw, the nineteenth-century female evangelist who exhorted her readers to walk worthy in this day of feverish restlessness and mighty movement (qtd. in Blockett, 104). Elaw’s Memoirs of the Life, Religious Experience, Ministerial Travels and Labours of Mrs. Zilpha Elaw, An American Female of Colour may not be immediately recognizable as travel writing because its ostensible raison d’tre was to argue that there need be no distinction drawn between spirituality, labor, and progress. Elaw’s text details a radical liberationist theology constructed upon the hegemonic discourses of her day, a rhetoric which effectively exempted her from the day’s strictures against woman preachers and the independent travel of women, especially of black women, in nineteenth-century America.  Elaw’s book is a travel narrative typical of black travel narratives, which not only gives an account of extensive travel across the land but also provides lessons in how to free one’s self from the limitations imposed upon blacks by ingeniously utilizing the state’s own ideological apparatuses as freedom’s keys. However, because of its obscurity, as African American scholar Kimberly Blockett has argued, Mrs. Elaw’s travel narrative is not yet acknowledged as a prototype of the genre of travel writing’s – black-American, nineteenth-century version.

Mary Ann Shadd Cary was a black-American newspaper woman. One of her major achievements was her editorial writing about her travels in Western Canada, a project of investigation aimed to help her readership assess the potential value of emigration to that territory. Her columns are travel writing in the guise of political and economic analysis; but Shadd Cary was no glib advertiser of open real estate, she weighed communities carefully and responsibly, for (as she said) she did not want to be responsible for any person’s future misery in a foreign land. The black hegemonic becomes quite evident in her (1852) astute critical descriptions of rural Canadian spaces. A close generic cousin would be the colonial era British assessments of African resources and conditions, like Mary Kingley’s 1897 Travels in West Africa. I am inclined to agree with those scholars of travel writing who argue that (generally) travel writing that is acknowledged as such serves some hegemonic power. I would add that when an account of the experience of travel represents an excursion which can be seen as physical escape or intellectual migration or the inspiration for a subversive political manifesto or eccentric personal essay, it is often classified some other way even though, as cultural capital, it possesses equivalent valences to canonical travel writings through the ages.